Ethernet was developed in the 1970s and has been a viable communications protocol for over 40 years. Ethernet was initially used to connect computer systems and peripherals in a local area network (LAN) but quickly evolved to be the protocol of choice for wide area networks (WANs) and of course, the internet. It’s been constantly reinvented, with new capabilities, more security, and faster speeds over the years to keep up with the world’s need for instantaneous, reliable communication. From 10mps in the ’90s to 400G today, Ethernet has become the chosen network protocol for communication worldwide. 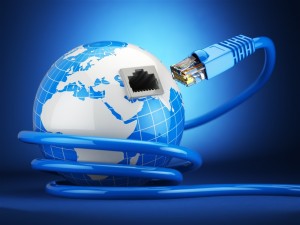 But Ethernet once had viable competitors! Several networking manufacturers doubted Ethernet’s capability to scale and support speeds over 10mbps. In the early ’90s when Ethernet was launching 100Base-T, Hewlett Packard released an alternative technology called 100Base VG or 100VG AnyLAN. 100Base VG was a standard, ratified by the International Organization for Standardization (ISO), that had voice grade clarity, and was specified to run over category 3, 4, or 5 cable. It was deterministic rather than asynchronous like Ethernet, and compatible with Ethernet and token ring frame types, allowing easy migration from either protocol. And it could run over longer cable lengths compared to Ethernet. A superior technology that could scale with future network needs, claimed HP and others in the industry. But it was practically extinct by 1998!

How did Ethernet win the battle of the network protocols? The backers created a winning strategy! While competitors focused their strategy on the exclusivity of the technology, Ethernet corporate sponsors, which included Cisco the networking market leader, took a genius approach. They mandated the building of a huge supplier base to produce the required components and devices, making it low cost to implement. It was ubiquitous with the resultant economies of scale. They created a huge support base, and communicated to developers that Ethernet was the low-cost choice that provided communication in a variety of environments. They won mind-share of suppliers and customers, and Ethernet quickly became the most scalable, affordable, and flexible network technology available.

A winning strategy is not just about the best technology. You must have support to win in the market. Backers of 100Base-VG failed to create the infrastructure and coalition needed to win, and the ability to manufacture cost-effective parts. It was hard to source and comparatively expensive. The technology war ended quickly for 100Base-VG.

Ethernet might be a 40-year-old technology, but due to IEEE’s persistence to increase bandwidth and transit providers’ ability to attach reliability guarantees, it will continue to live for a long time. From network speeds of 10mbs, to 1gbps, to 400gbps, Ethernet is still keeping up with the capacity needs predicted to double every year. The appearance of 10tbps capacity isn’t too far away, and Ethernet will be there to prevail again.

Cadence  has been an industry leader of Ethernet Verification IP (VIP) and has participated in the evolution of Ethernet from the time it was first introduced to the present. Cadence just released Ethernet 400G VIP! Cadence VIP is used by hundreds of customers accross thousands of designs, and is a proven solution that will enable customers to integrate Ethernet 400G into your application with lower risk and lower cost while reducing the time to market for your SoCs. Please visit our Ethernet page for more information.

View all posts by Ann Keffer

Ann Keffer is the Director of Outbound Marketing for Cadence Verification IP (VIP). She is responsible for leading outbound marketing activities for Cadence VIP around the world. Ann received her undergraduate degree in computer science and mathematics and started her career as a software developer. After a few years, she moved into application engineering, then product marketing and finally marketing management. She has since led worldwide marketing for companies in the automation and robotics industry. She joined Cadence April of 2016. When Ann isn’t dreaming up innovative ways of reaching customers, she can be found running, sculpting and spending time with her family.