Recent Executive Actions by the White House add some tools for victims of trolling, but Congress must act for real reform to occur.

Earlier this week, I received an email concerning three new executive orders designed to fight patent-law abuse. As the name suggested, these orders came from the Office of President Obama. According to the email, the goal of these orders was to protect innovators from expensive patent infringement suits initiated by patent trolls. 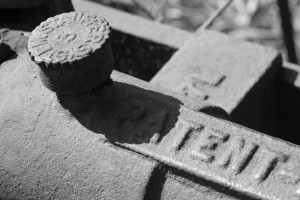 Most lawyers will agree that being on the defense side of a patent litigation is usually the most profitable position. It’s even better when you’re defending a deep-pocketed major company.

But what is behind these executive orders? Will they really have an impact on patent trolling? According to Jonathan Kaplan, IP semiconductor lawyer, one has to be very careful to distinguish between the terms “Executive Order,” “Executive Memorandum,” and “Executive Action:”

A quick check of the White House’s Fact Sheet indicates that the earlier mentioned executive orders were not really orders at all, but rather Executive Actions. Here’s a listing of these informal proposals made by the President:

In addition to these three Executive Actions, the fact sheet includes an online toolkit “aimed at empowering consumers with answers to common questions, information about patent suites, and details about specific patents.” For example – as reported by Gigaom – one source of information provided by the U.S. Patent Office will be a link to a Lex Machina tool that allows troll victims to compare demand letters (i.e., those missives that trolls send out to untold numbers of businesses).

Will these Executive Actions really have a significant impact on patent trolls? It seems doubtful. “The real action on this issue is taking place right now within the Senate, which took up the ‘patent troll’ issue after the House passed the Goodlatte bill,” explained Kaplan (see Part I, Part II, and Part III). It seems that Congress must act before significant actions can occur.