In this month’s travelogue, publisher John Blyler talks with Chipestimate.TV director Sean O’Kane about the recent Renesas DevCon and trends in software security patches, hardware-software platforms, small to medium businesses creating System-on-Chips, intellectual property (IP) in the Internet-of-Things (IoT) and systems engineering management. Please note that what follows is not a verbatim transcription of the interview. Instead, it has been edited and expanded for readability. I hope you find it informative. Cheers — JB 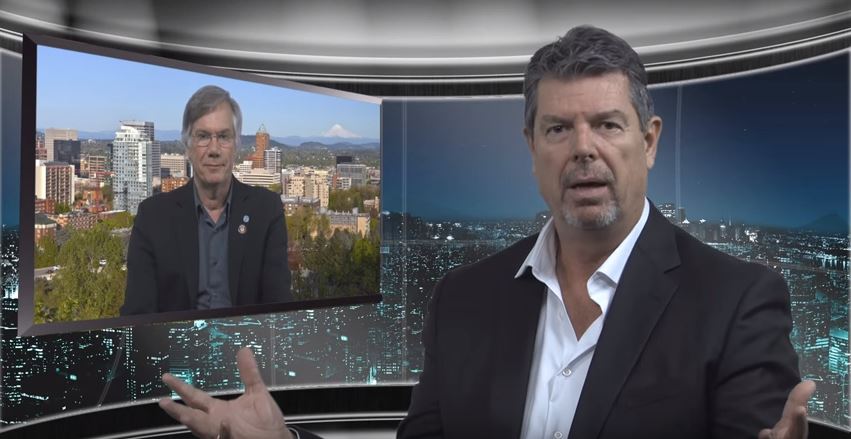 O’Kane: Hi everyone! I’m Sean O’Kane for Chipestimate TV, where we bring you the most up-to-date information and IP in semiconductor design in the EDA industry. Joining me today is our technology traveler, Mr. John Blyler. He is the President and CEO of “IP Systems” and “IOT Systems.” John joins us on a regular basis to share his travel log of experiences. Right now, I can see that you’re in your stomping grounds around Mount Hood, Oregon. Are you skier, snowboarder or just a lodge dweller?

Blyler: Yes, well, I play all three roles at different parts of the same day.

O’Kane: OK, so let me just jump right in here. I just got back from ARM Techcon, where IOT and sensors was again a hot topic of conversation around the area of transportation. So tell me something cool that you’ve seen in the past few months. 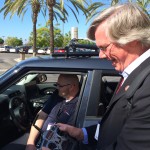 Blyler: In transportation, one of the first things that come to mind is automotive. A couple of months back, I was at the Renesas Devcon down in Los Angeles, CA. At the event, Renesas had their connected car. They’ve been working on this technology for quite a while and had several versions of it where on display. In one of the older versions, it was actually controlled with a joystick and whatnot. I enjoyed controlling the steering and gas pedal – even though the car was stationary. 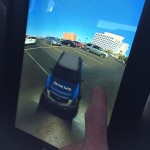 In addition, Renesas showcased their latest connected car. It’s really more of an autonomous car, meaning that it is fully equipped with radar and sensors which makes the car rather self-aware. For example, the car (as well as the driver) can “see” where it is when parking. I covered some other events, one of which dealt with NXP. They also have a connected car project through the University of Eindhoven.

One of the challenging design aspects of these cars is safety. It’s a topic that has been in the news of late. One of the things needed to ensure safety is a continuous flow of security patches. (see my recent blog: “Hack Your Way to Security or Why I learned to Love Patches.”) At a recent NXP event during the Frankfurt Motor show, Andy Greenberg, Wired Senior Editor, said that companies needed to hire an army of hackers to confront automotive security issues. This means frequent patches to your car. Who do you think excels at software patches?

Blyler: Microsoft! They may well become a major player in autonomous car safety/security because they are very good at doing software updates. And cars will need updates on a daily basis.

O’Kane: Yes. That sounds pretty cool. Now tell me what’s new in the world of IP and hardware-software systems.

Blyler: May I use the word IoT?

O’Kane: Yes, the word and the acronym. Or, as Cisco calls it, the Internet-of-Everything (IoE).

Blyler: (Qualcomm prefers the same expression.) There is so much going on with IoT that it’s hard to tell where to start. In the SoC world, we are very familiar with the term “platform.” Our community has been doing IP-rich platform development for a long time. Now, that platform mindset extends from the chip to the board, software stacks and everything else. Everyone – especially microprocessor based companies – are announcing new platforms. For example, at the Renesas Devcon which I mentioned early, the company introduced their new Synergy Platform for hardware-software development. One aspect that I found interesting about this platform was its use of qualified software and processes like the ISO/IEC 12207 for Software Development Life Cycle.

Of course, the EDA giants like Mentor, Synopsys and Cadence have had development platforms for a long time. In addition, Cadence has a very close IP connection with ARM that was emphasized last year. That relationship has been evolving into specific IoT offerings. Concerning IP, ARM recently announced a Design Start program.

Here’s a very brief, non-comprehensive but representative list of the news from the last 5 months:

O’Kane: So the ARM Design Start is their new IP online access portal. Talk a little bit more about this offering. 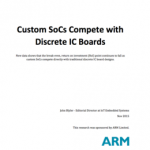 This is really part of a bigger trend. Moore’s law – a specific part of the larger Learning Curve – is slowing. But it’s effect on older, legacy nodes continue to go on. The cost of silicon continues to fall. Even now, 180nm if falling, with wafer processing costs at 5% per year. This is one of the real drivers for small businesses going to ASICs for IP protection. (see whitepaper: “White Paper: Custom SoCs Compete with Discrete IC Boards”

The low cost of ASICs at mature nodes means that more companies can protect their IP in hardware. That’s one reason why Jio Ito, the director of the media lab at MIT, calls hardware the new software. Today’s hardware startups look like yesterday’s software counterparts. That is also why the spin-offs coming out of MIT are actually working in hardware rather than software because of the falling costs of ASICs and the afforded IP protection.

Related to the comeback of ASIC at older nodes is the interest in the security of IP. For example, IPextreme’s CEO Warren Savage recently announced IP Fingerprinting DNA technology. It provides a new capability for IP companies to protect their IP and also furnishes a method for semiconductor companies to detect 3rd-party and internal IP in their chip design databases.

O’Kane: What else is new? 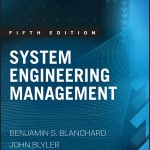 Blyler: Well, if you’ll permit me a little chest thumbing, then I’d like to announce an co-authored update to Dr. Benjamin Blanchard’s classic textbook on systems engineering management! I’ve added several sections with examples of multi-discipline collaboration, middle-out engineering, model-base systems engineering, organization structure limits on design, and hardware and software integration – among may other things.

O’Kane: I really appreciate you stopping by to share your conference experiences and technology trends. John meets us here every month or so depending on his schedule. For Mr. John Blyler, my name is Sean O’Kane. We’ll see you next time on TV!