What really ties the whole electronic world together? The connections may be intuitive but still surprising.

Remember James Burke’s TV show called “Connections?” Burke is a science historian with the uncanny ability to connect seemingly unrelated events. I experienced a similar sense of connectivity between the technologies highlighted at several recent conferences.

Figure 2: Nintendo and Techmo’s “Spirit Camera” game makes use of the build in 3D camera plus augmented reality of the mobile 3DS gaming system.

Let’s move down the electronic industry supply chain from high-end game development to the chip design space. At the Cadence Design System’s CDNLive user group event, company president and CEO Lip-Bu Tan emphasized the importance of reaching out to consumer markets. He talked about the need to pursue application-driven design, an approach that engages end-product hardware and software companies early in the chip development process.

Last year, Intel’s Justin Rattner coined a similar phrase to describe the need for early engagement with end user-customers. Rattner used the term “user-experience design” to describe the process. Both approaches require a major paradigm shift from today’s typical chip design approach. Further, many believe that social media will be an essential component of the new approach.

Exciting mobile games with 3D screens and augmented reality applications are only made possible by the latest chip design tools and the ever shrinking process nodes afforded by the semiconductor foundries. These amazing consumer applications require high performance processors running on as little power as possible. The decades-long gift of Moore’s law has enabled high-performance, low-power and low cost electronics. But during the Common Platform Forum, held a few days ago, experts at the major fabs – Globalfoundries, Samsung and IBM – warned that these gifts may end in the next decade. What will happen then?

Semiconductor engineers will do what they do best. Implement new ways to design and built electronic systems. But this time, the connections between these systems and the end-user will be closer than ever before. 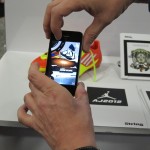 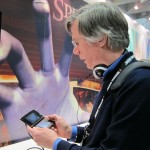 Figure 2: Nintendo and Techmo’s “Spirit Camera” game makes use of the build in 3D camera plus augmented reality of the mobile 3DS gaming system. 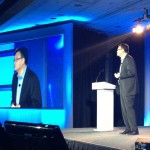 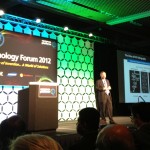