Chip Signal
Industry Blogs
get the latest news and advice for everything IP
World’s Most Trusted IP Resource
Home  >  Blogs  >  Engineering vs. Science in Public Policy

Senior policy advisor Dr. Guru Madhavan shares insights on the difference between engineering verses science and his path into the world of public policy.

At a recent Institute of Science, Engineering and Public Policy (ISEPP) lecture part of the Linus Pauling Memorial series – Dr. Madhavan spoke on engineering of the social enterprise. What follows below is an edited transcript of my pre-lecture video interview. – John 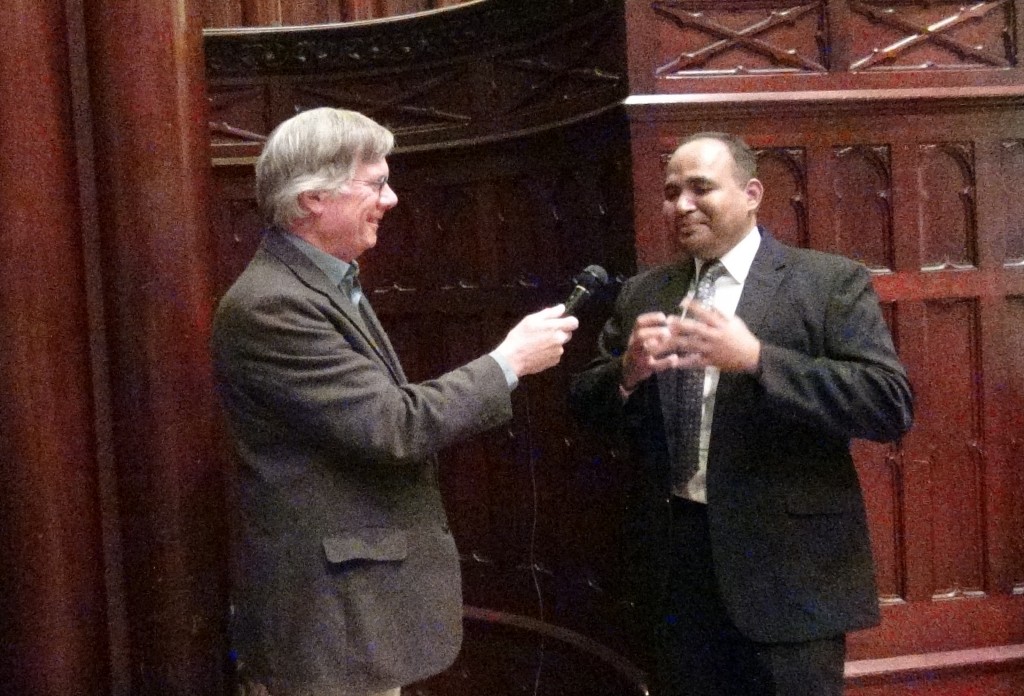 Blyler: Hi. This is John Blyler, editorial director at JB Systems. Tonight I have the pleasure of interviewing Dr. Guru Madhavan, a biomedical engineer and Senior Policy Advisor for the National Academy of Sciences, Engineering and Medicine. Tell us, what do you see as the differences between science and engineering?

Madhavan: The essence of science is discoveries, to understand the world around us. The core of engineering is creation. It’s designing under constraints and sometimes the engineering design cannot wait until science figures out how the world works and we often have to design systems in advance, proactively and even reactively oftentimes based on the pressure of the society.

That’s something very important because oftentimes people misunderstand the fact or there’s a misconception that science leads to engineering that is not the case. Instead, engineering is preceded in many eminent ways to give rise to new forms of science and scientific practices. The most famous example being that the creation of the steam engine led to the entire science of thermodynamics because the focus was on getting the engine working. It is the same way with airplanes, which flew long before we had formal studies of aeronautics and avionics and their systems. Now we’re living in a society where you have engineered systems in a really funky way. For example, social media is the creating new forms of sociological research. We are trying to understand the world we’re living in as a consequence of the technologies that we are using.  So that’s an important distinction between science and engineering.

Blyler: As a biomedical engineer, you somehow wandered into the area of policy and economics. How did that happen?

Madhavan: I was born in India and grew up there. The way i like to think about it  is that getting into engineering was like an arranged marriage because that’s what you have you do. I was to put into this track and studied physics, chemistry, and math. (In India) you were considered a social success if you went into engineering or medicine. So I pursue the path of engineering, selecting a deeply technical specialty that looked at instrumentation and control systems. My studies focused on all the elements that we are now surrounded with like sensors, transducers, lots of instruments and more importantly how they are connected. You have to specialize in pretty much everything to understand how a single sensor works. For example, you have to understand mechanics and civil engineering and all sorts of things.

But then over time with my own personal evolution, I developed medical devices for cardiac arrhythmias. Also, I worked on technologies to improve lower limb and blood circulation and so forth. My worldview got enriched because of the studies that I took on my own and thanks to my education. I felt like I needed to get into the realm of economic policy, which happened somewhat accidentally.

The whole experience makes me think that I used to be a “freshwater” engineer working on technologies who accidentally become a “saltwater” engineer, where you have to deal with policy and value systems. In the traditional engineering design, I just had to meet the specs. But now, the specs are very different. The human values are just completely different.  That is even more important in the world of health because it’s so individual, so personal.

Yet, as a collective, it affects economies and sociologies. We’re still trying to figure out our individual neurology. That is one of the biggest unknowns.  How you bring all of these together is the challenge in public policy. So I do sometimes feel very lonely as an engineer in the world of public policy, where there are a lot of arguments and differing perspectives. But I come with the discipline of producing stuff that works.

You can keep arguing for the sake of argument but ultimately you have to produce solutions that are safe, reliable and effect are people at large.