Let’s end the week with a selection of newsworthy stories on FinFET materials, CES 2013 IP challenges, and a historical look at technology litigation rates.

Here’s a short list of notable reads for this week:

> Adele Hars at “Advanced Substrate News:” The SOI Consortium just posted a great animation of the FinFET manufacturing process on bulk vs. SOI at http://www.soiconsortium.org/videos/bulk-vs-soi-finfet/. And in case you missed it, IBM R&D’s Device Chief Designer recently wrote a really clear and compelling explanation of what IBM is calling Fin-on-Oxide (FOx) in ASN. He looked at manufacturing and design and the impact on power/performance/leakage vs. bulk. He also explained why you end up with triangular fins in bulk manufacturing, why height matters, and busts some myths (like self-heating). [For another look at SOI FinFETs, recall my recent blog on the IP benefits of modular-FinFET technology.] 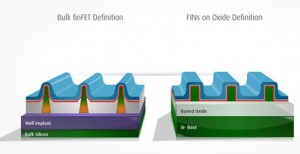 > CES 2013: Tech Firms, Lawmaker Slam Patent Trolls, Push for Copyright Reforms: According to Ars Technica, 2013 marks the first year that the patent-troll issue has been taken up at CES. This article suggests that the reason for this interest is that litigators have begun chasing after small startups and companies well outside the tech field. 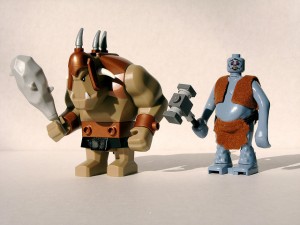 “To take but one small example: despite the news reports on the smartphone war, few people know that patent litigation rates are roughly the same today as they were in the early nineteenth century.”

The rate of litigation may be unchanged, but I doubt the same can be said for the related economic and innovation costs – even after normalization for information. I wish this article would have addressed the relatively new phenomena of patent trolling. The amounts of money involved (see above “CES” article) are enormous. Many feel that these costs pose a serious threat to R&D budgets and innovation in general. (See “Moore’s Law Meets Death Star.”)