Hardware May Win Over Software in IP Patent Wars

The plot thickens in the game of technology-based patent infringements. Sadly, this winner-take-all spectacle has more to do with market share stratagem than innovation.

Consider the latest IP patent infringement skirmish, this time between VIA and Apple. The former, a fabless supplier of low-power x86 processors and board-level platforms, recently filed a complaint against Apple. In the statement, VIA followed the common strategy of emphasizing the size of their IP portfolio, “consisting of over 5,000 patents …” As with similar lawsuits, the number of patents seems less important than does the type of patents under dispute. In this case, the patents in question cover microprocessor functionality featured in several Apple devices, ranging from iPhone, iPad, iPod, to Apple TV products. Here are three of the main patents that VIA claims were infringed by Apple: 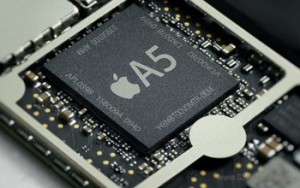 Apple A5 chip (courtesy of Apple)

At first glance, these patents appear to be for algorithms with no direct connection to semiconductor IP. However, these algorithms would be functionally implemented by the microprocessor, which is owned by Apple. The specific technical nature of these patents combined with the fact that they operate with Apple’s own microprocessor suggest the seriousness of Via’s infringement claim.

But wait – there’s more to this story. A comment on James Kendrick’s website suggests that the Via-Apple skirmish has a hidden benefactor. It seems that the Via’s Chairman – Cher Wang – is also the Chairman of HTC. The Taiwanese smart phone giant is deeply involved in patent litigation with Apple.

You might remember that Google recently acquired critical smart phone patents from Motorola (see, “IP Patent Wars: Technical Frivolity vs. Substance?“)  Less than a year after the acquisition, Google transferred a handful of those patents to HTC. These transferred patents should help HTC defend the company against ongoing patent suites brought by Apple.

What is the basis of Apple’s IP lawsuites against HTC? Apple contents that phones running Google’s Android operating system copy the iPhone system. This claim has industry wide implications, since a number of companies use Android-based electronics – including Barnes and Nobel, Inc. and Samsung Electronics. Samsung and Apple continue to squabble over patent infringements, culminating in the recent import ban against the Samsung Galaxy Tab in Germany.

The recent patent suit by Via and HTC against Apple focus on technology which is indirectly or directly related to semiconductor IP. (No one is talking about the details wo we can not be sure). However, Apple’s lawsuits against Samsung and others focus primarily on the operating system or user-interface applications. While both are essential elements of today’s smart phone and tablet technology, the hardware infringement claims – like the one from Via – may be more detrimental to Apple. Without the hardware, software is useless.

This entry was posted in General and tagged Apple, hardware, HTC, infringement, patent, Samsung, software, Via. Bookmark the permalink.