Chip Signal
Industry Blogs
get the latest news and advice for everything IP
World’s Most Trusted IP Resource
Home  >  Blogs  >  Internet of Space and Avionics, Automotive Reliability and the End of the EDA Tool Triade.

Internet of Space and Avionics, Automotive Reliability and the End of the EDA Tool Triade.

Technology reaches every part of our world. Consider the top most view from a low-earth orbit (LEO) at roughly 100 miles high (~ 525,000 feet). This is the realm of the Internet of Space (IoS).

Most everyone has heard of the Internet of Things (IOT), where connectivity to people and things comes from earth-bound wired and wireless networks. But fewer technologist know about the evolving Internet of Space (IOS), where connectivity comes from space-based satellites and – in the near future – lower altitude airborne platforms based on drones and even balloons. Google’s Project Loon is an example of the latter (see Figure 1). 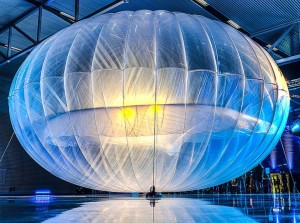 What is the technical and business viability of the IoS? It’s a tricky question. Improving the technology to be lower cost, lower power and higher bandwidth will benefit both satellite and terrestrial based connectivity options. The bigger cost challenge may well be one of infrastructure, specifically, contrasting the cost of fiber optic to satellite back haul. However, for rural and developing countries, the only real option may be satellites. 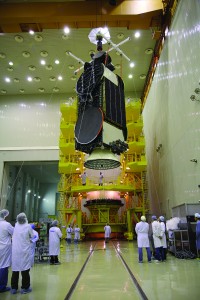 Now let’s descend to the 30,000 foot level where aircraft and drones fly to the area known as the Internet of Avionic Things (IoAT). Last month, I was teach systems engineering, decision making and reliability classes to technical members of the Brazilian Airforce. It was held on the Florida Institute of Technology (FIT) campus in Melbourne. FIT is perhaps better know for its aviation program. The class and I would able to try our hand on one of their simulators. Even more interesting to me was their facility and aerospace engineering program in UAV/drone technology, in which several systems engineering programs played a major role. Did you know that there are now over 16 universities and many more training centers that have some type of UAV program?

Now let’s return to earth level. During the two weeks at FIT, they held a homecoming event. It runs on a General Electric J-85 jet engine, the same one uses in jet fighters and even very early (1958) missile applications. It accelerates from 0 to 280 MPG in just 5.4 seconds. Another fun fact: This jet car can use nearly 1 ½ gallons of fuel per second at full power.

You can see Elaine Larsen, the pilot in the center of the picture (see Figure 3). Check out the cool video at the FIT “Jet Dragster Racing Team.” 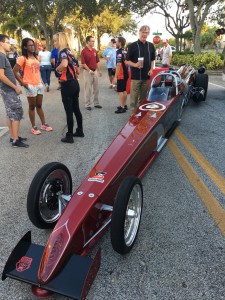 Reliability and automotive – sound like a familiar theme? Interestingly, resilience is being touted as more robust metric for how well a system will perform. I wrote a conference paper on resilience for the IEEE ISSE event last month. Basically, resilience as the ability of the system to withstand a major disruption within acceptable degradation parameters and to recover within an acceptable time. resiliency is the extended part of the reliability problem that deals with what can “go wrong” across the breadth of the system-of-system (SoS) domain and the time required to “undo the wrong” to return the system to an acceptable – albeit different – level of operation. 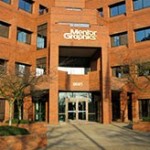 Now here’s this idea of a system – indeed, a system of systems. We are seeing term take more prominence in the application space (vertical markets) and even within out little EDA business community with the acquisition of Mentor Graphics by Siemens. This means that Siemens Siemens, “now offers mechanical, thermal, electrical, electronic and embedded software design capabilities on a single integrated platform.” In other words, Siemens becomes even more of a Systems company then before. I use the capital “S” to signify a multi-discipline, multi-domain, system-of-systems (SoS) company beyond just software, network, and even system-on-a-chip (SOC) technologies. Mentor Graphic will help elevate Siemens to a new level of Systems.

Warren Savage, the General Manager of IP at Silvaco (and former CEO of IPextreme), noted that the acquisition may give Mentor deeper pockets to pursue other interesting technology areas. Further, since Siemens is a German company, it may provide Mentor with more of a European, lot term view of systems.

The acquisition does break up the tirade of EDA giants and might change the course of direction for Cadence and Synopsys, too. Will there be other acquisitions in the near future?