Internet of Spaces for the IOT

In the December 2016 Tech Travelogue, publisher John Blyler talks with Chipestimate.TV director Sean O’Kane about the expansion of the Internet of Things (IoT) to both the Internet of Avionic Things (IoAT) and the Internet of Space (IoS). Please note that what follows is not a verbatim transcription of the interview. Instead, it has been edited and expanded for readability. Cheers — JB

Sean: Hi everyone! I’m Sean O’Kane for Chipestimate TV, where we bring you the most up-to-date information on IP in semiconductor design in the EDA industry. Joining me today is our technology traveler, Mr. John Blyler. He is the President and CEO of “Semi-IP Systems” and “IOT Embedded Systems.” John joins us on a regular basis to share his travel log of experiences. Right now, I can see that you’re apparently floating in space (or on a satellite looking out into space). How’s the view?

John: It’s awesome … if you overlook the man-made and discarded space debris. Did you know that as of 5 July 2016, the US Strategic Command tracked a total of 17,729 artificial objects including 1,419 operational satellites.

Sean: I did not. But do you know the name of the first satellite to orbit the Earth?

John: I want to highlight the ways that technology reaches every part of our world. Let’s start with the Internet of Space, which roughly includes air- and space- born platforms like satellites. The Internet of Space extends the Internet of Things around to all portions of the globe, especially to sparsely populated portions. Airborne platforms include drone-like UASs and balloons like Google’s Project Loon.

Sean: Ah, Project Loon. Some said it was a looney idea.

John: Did you know that loony is short for lunatic in American culture and a lunatic is someone affected with periodic insanity dependent on the changes of the moon. Crazy, eh?

Sean: No comment. So, what is the viability of both technology and business for the internet of space?

John: It’s a tricky question. Improving the technology to be lower cost, lower power and higher bandwidth will benefit both satellite and terrestrial based connectivity options. The bigger cost challenge may well be one of infrastructure, specifically, contrasting the cost of fiber optic to satellite back haul. However, for rural and developing countries, the only real option may be satellites.

Sean: That makes sense. Now let’s descend from space to the earth. Is there an Internet of the Air?

John: Actually, there is. It’s call the Internet of Avionic Things (IoAT). But more on that in a different video.

Let’s descend to the 30,000 foot level where aircraft and drones fly. Last month, I taught systems engineering, decision making and reliability classes to technical members of the Brazilian Airforce. It was held on the Florida Institute of Technology (FIT) campus in Melbourne, a school known for its avionic programs and recently drone development and operation. Did you know that there are now over 16 universities and many more training centers that have some type of UAV degreed or certified program?

Sean: I did not know that. I guess one of the uses of such UAV would be to serve as platforms for the Internet of Space. I really appreciate you stopping by to share your conference experiences and technology trends. John meets us here every month or so depending on his schedule. For Mr. John Blyler, my name is Sean O’Kane. We’ll see you next time on TV! 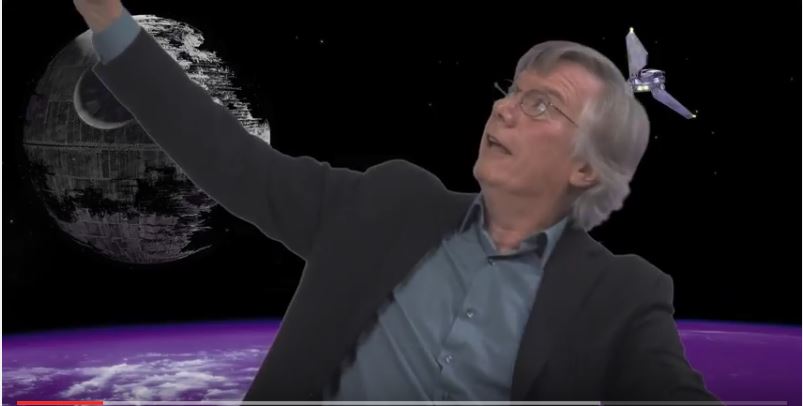