The word “beyond” may bring up thoughts of the new Star Trek Beyond movie, or for those of you who are fascinated by real space travel, theNational Aeronautics and Space Administration (NASA). Maybe that’s why the first MIPI Alliance® Developer’s Conference will be held in,Mountain View, California, near the NASA Ames Research Center. The real lesson to be learned is how the MIPI protocols, conceived to standardize chip-to-chip interfaces and lower costs of components in mobile phones, are being used in applications beyond the original goal. Come to the MIPI Developer’s Conference event on September 14th through 15th to learn more about those applications and innovations in the area of Automotive, IoT, Consumer devices and beyond. See more details here, including how to register. 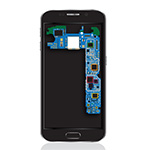 The MIPI Alliance has continued to evolve and has contributed many innovative standards in the past year:

One of the most recent areas of innovation is the introduction of MIPI protocols into automotive applications. First to in-cabin infotainment, an easy transition of the mobile device to the dashboard. Then to areas of guidance for parallel parking and initial safety applications such as proximity detectors. The most recent advancements are into areas of automotive control through video (MIPI CSI and MIPI I3C) solutions. These applications are still in development though many achievements are widely available in cars today as Advanced Driver Assistance Systems (ADAS).

In addition, MIPI is becoming a crucial standard for Internet-of-Things (IoT) devices. Cameras (CSI) for sensors that are processing images, display (DSI) for devices that give information to humans, and I3C for other types of environmental sensors.

MIPI CSI-2, currently available as v1.3, is a protocol layer provides 4K bandwidth @ 60 frames per second 12BPP. Depending on the configuration, MIPI CSI-2 conduits range from 80 Mbps to 22 Gbps with scalable lanes. Traditionally, MIPI CSI-2 system conduits have been used to connect relatively small form-factor mobile devices, where the distance from the camera sensor to the application processor is less than 15 inches. MIPI CSI-2 v2.0 expands the scope of features and capabilities for IoT appliances, wearables, and automotive applications. Its key benefits include:

Automotive control also opens the topic of sensors, where there has not been a unified standard – I2C and SPI have co-existed with pros and cons. Neither could meet the requirements of a modern sensor application, where the peripheral device would have the ability to notify the application processor when it has data to transfer, at least not without costly extra wires.

For this reason, MIPI Alliance has introduced the concept of the MIPI I3C specification. At its core, MIPI I3C aims to standardize on the sensor interface, and introduce a variety of improvements over I2C and SPI, while preserving compatibility with widely adopted I2C. The improvements include reduced pin count (only 2 wires), higher throughput (up to 40Mbps), and lower implementation cost. There are also new features available in the standard that are not present in I2C or SPI, like multi-master support, dynamic addressing and common command codes. Moreover, MIPI I3C puts a lot of focus on advanced power management, which translates to less energy consumption per amount of data sent and longer battery life.

In addition, MIPI has taken steps to address system architecture challenges around audio in terms of power, pin-count, ease of integration or lack of scalability. MIPI SoundWire is a digital audio interface specification that can replace legacy audio interfaces, reducing the cost of supporting high quality audio. It is well suited to a wide range of devices from low-cost, low-bandwidth peripherals to high performance audio codec devices. Thus supporting devices such as laptops, smartphones, earphones or hearing aids. It can be optimized for each of these applications, and can be as small as 10K gates for the slave implementation.

The agenda of this year’s MIPI Alliance Developers Conference is focused on everything mobile – from specification through implementation to facilitation. It’s no surprise that the backbone of customer’s activities lays in interconnection between apps and devices, and thus the DevCon will feature topics related to IoT (Internet of Things), automotive, wearables, industrial and even VR (Virtual Reality). During the two-day conference you can expect a lot of implementation case studies and practical examples of technology that will change the lives and economics of millions of people.

Cadence will be at the DevCon, so don’t miss the opportunity to learn more about MIPI and see what Cadence has to offer:

Cadence will also present a number of demos in the show area:

Found in most mobile devices, MIPI® CSI-2 has been a very popular camera sensor interface protocol. The next generation of the protocol, CSI-2, brings more bandwidth and power efficiency, but pre-silicon verification of the interface can be challenging and time consuming. See Cadence demonstrate its MIPI Verification IP portfolio with a live demo of TripleCheck™ IP Validator for CSI-2 and Indago™ Protocol Debug App, both which reduce time, simplify the process, and reduce the risk of CSI-2 verification.

This platform demonstrates Cadence®/MIPI® SoundWireSM controller IP. In less than three weeks, the IP was integrated with an IoT processor on an FPGA platform for prototyping, highlighting the ease of Cadence IP integration.

View all posts by Steve Brown

Steve Brown is Director of Product Marketing, IP Group, at Cadence Design Systems. He has held senior marketing and engineering management positions at Cadence, Verisity, Synopsys, and Mentor Graphics. He specializes in creating product and marketing plans to enter markets and drive products to positions of market leadership. Steve earned BSEE and MSEE degrees from Oregon State University and certificates in leadership and marketing strategy at Stanford, Berkeley, Harvard, Kellogg, and Wharton.