Most IP Patents are Worthless But That’s OK

Engineer and Professor Bogdan (Robert) Staszewski shares his industry and academic views on the good, the bad and the ugly of innovation and the patent system.

This is the continuing coverage of a joint IEEE-RFIC IMS Panel on the “Good, the Bad and the Ugly of Patents,” moderated by Oren Eliezer from Applied Research Center. In this part, Robert Staszewski, University College Dublin, shares his viewpoints from both industry and academia on innovation and the US Patent system. – JB 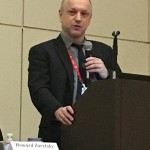 I’d like to give you my take on patent as someone who has worked in industry for 18 years, mostly with TI in Dallas, and now at the university. I’ve been producing patents at a firmly constant rate of about 1 patent per every 2 years. In the process, my view on patents has completely changed. Now I will go into the details.

First, let’s consider the industrial environment for engineers and patents. Most companies never allow their engineers to publish at conferences. For those who do, the publication policy depends on the company’s current strategic goals. However, in most companies, patents are the only way an engineer can get outside recognition, to get their research publicized. When it first happens, the engineer becomes immortalized in the annals of the US Patent and Trade Office (PTO). This is in spite of the fact that engineers are not supposed to work on patents or to do patent searches.  The reason is related to “Willful vs. Inadvertent” patent infringement. Further, patents are like standards in that neither are written for ease of reading.

In reality, most patents are worthless because the claims within the patents are too narrow or they are easy workarounds or they are undetectable. In general, there are 2 to 3 real gems out of every 100 patents. Such gems compensate well for the remaining 95% – 98%. These are the patents that are used during cross-licensing negotiations and are worth 100s-of-millions of dollars.

How do we get these 2 or 3 gems out of 100 patents?  How do we get good quality patents? The answer is simply to have a lot of bad patents. The most prolific inventor, Thomas Edison, had hundreds of patents but only a few lead to useful inventions.

This is the reason to incentivize patents. For example, when I joined a company, I was told it was part of my job description to create patents. Today, most engineers are offered $1000 for each filing award and another $1000 issue award. Sometimes there is “profit sharing” if the patent is in high volume production. Patents are also important for promotions.  And they are a sure way to impress colleagues!

When I moved to academia, the stress for patents was different. In the academic enivronment, the patent portfolio has become increasingly important. While patents ranked below scientific papers, the former were still valued.  Patents could be a measure of the impact of research, a way in which the research was licensed to industry.  In academia, you make money from the government and then show how much society can benefit from your research.

Universities encourage startups to demonstrate the direct impact of taxpayer’s money for reseach.  Patents are key to protecting the research at the vulnerable startup stage.

Further, unversities encourage some professors to improve their income with consulting. Consulting activities naturally result in patents. Otherwise, there would probably be no interest in RF integrated circuit (IC) patents in academia, as just one example.

The US Immigration office really encourages patents as they count issued patents when determining “Outstanding Researcher” visas. That is why my students generate an average of 1 patent every two years.

Let’s consider a case study for “digital RF” patents. TI invented and held fundamental patents on significant digital RF IC chips, which gave them all the rights. Did those RF IC chip patents prevent the $1 trillion semiconductor industry from flourishing? Obviously not! The fundamental digital RF patents were invented in 1999-2001, thus many will be expiring soon. This means that a great majority of digital RF patent will be granted to other companies. This is a sign of a healthy industry.

In summary, my personal view is that patents are basically good (in reference to “the good, the bad and the ugly”). From the stand point of an engineer working in a large company, patents can provide extra income, promotions, peer recognition and external publicity – which might not be otherwise possible. Further, as an engineer, these patent holders will be relatively isolated from the battle of titans, i.e., from any litigation between big companies.

In academia, patents look very good on the CV/resume. They help with consulting work and are necessary for startups. Rumor has it that during patent litigation, technical experts can get up to $1000/hour. I don’t get that much but who knows? Thank you.