A few months back, Globalfoundries engineers Fayyaz Singaporewala and Peter A. Rabbeni provided a Chipestimate.com Techtalk presentation entitled, “Data at the Center of RF Foundry Growth.”

In their paper, the engineers discussed the flexibility of silicon-based RF chips: “Although the Johnson limit dictates the limitation of silicon in comparison to more traditional RF technologies like III-V’s, the ability to integrate RF with digital control provides designers the capability to innovate in ways never thought of and approach or even exceed the performance of these traditional technologies (see Figure 1). 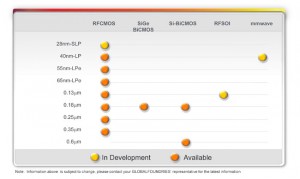 Figure 1: Integrating RF with digital control is a growth trend at Globalfoundries.

Figure 2: Results from CDT 2013 survey question: For which high-frequency PDK process are you designing in your current and future designs?

From both the Globalfoundries data and CDT survey, it’s clear that silicon remains a popular implementation choice for RF and microwave IC designs. Also evident from the Globalfoundries data – although not queried in the CDT survey – is that many fabs and fabless companies are looking at alternative device implementations, such as silicon-on-insulator (SOI) for both analog RF and digital apps.

Predistortion trends offered another point of comparison between the Globalfoundries paper and the CDT survey. The engineers from the foundry noted that the application of DSP concepts to RF applications is not new, “but the advancements in digital processing have reached a point where the benefits of these concepts can be efficiently realized.” Some emerging examples of these concepts include envelope tracking, tuning, and predistortion. Again, these are not new concepts, but it is only now that silicon technologies have advanced to a point which makes the application of these concepts to RF possible.

The CDT survey asked the following question: “If a discrete power amplifier (PA) is part of the RF front-end subsystem, then please rank the techniques that you would use to improve the efficiency of the PA.” As the results show (see Figure 3), digital pre-distortion is still the preferred technique for improving PA efficiency. Even though envelope tracking has received a lot of attention in the media, it ranks low in terms of priorities for PA development. 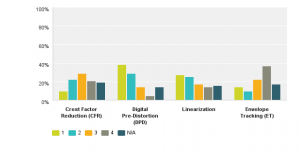 Figure 3: Results from CDT 2013 survey question: “If a discrete power amplifier (PA) is part of the RF front-end subsystem, then please rank the techniques that you would use to improve the efficiency of the PA.”

Low-power trends in high-growth areas like the mobile consumer market are driving the popularity of specific RF implementation processes and power-amplification techniques. The explosion of analog-digital smart sensor (or sensor fusion) devices should also accelerate these trends.