EDAC issued its industry revenue report for Q4 2015.  Earnings were up for the year, but there was a slight dip in Q4 earnings compared to 2014.

Inventor Nikolas Tesla was at the center of many of the early IP battles in the early electronics industry. (Recall a previous blog: “Would Tesla Still Invent in Today’s IP Litigated World?”) That’s why this “War of the Current” game caught our attendion.

What engineer doesn’t know about the monumental battle between Tesla and Edison?  Dayton, OH video game manufacturer—Real Art—wants to make sure the rest of the world knows as well.  To that end, they unveiled their Street Fighter style “War of Currents” arcade game at SXSW.  The game features joysticks that can shock your opponent! 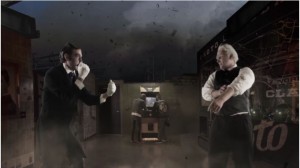 They do that with FPGAs don’t they?  The scuttlebutt in the retro gaming console business is that RetroVGS’s Coleco Chameleon was less FPGA and more repurposed console game parts, (the SNES Jr. to be exact). Lending credence to this rumor is that the announcement that the owner of the Coleco brand has severed its relationship with a project. One must be careful with one’s IP.

CDNS provides a plethora of emulation presentations.  Check out the varied use models and decide which one is best for you!

Warren Savage discusses IP fingerprinting and what it’s good for.  Even if you’re not an IP organization, the technology that encapsulates ownership, version, and existence metrics, among other things, is useful in a number of ways. 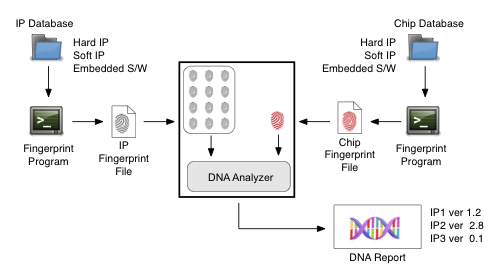 Mentor’s Joe Hupcey discusses his thoughts on DVCon 2016 with a formal slant: the new wave of formal verification.

Movidius has licensed Arteris’ interconnect IP for use in their machine learning vision processing devices.

Pinnacle Imaging Systems announced immediate availability of their IP for generating real-time HDR video.  If you’re thinking of using them on a Xilinx FPGA, your good to go, the eval kit is built on a Xilinx Zynq.

VR continues to expand its impact in the consumer world even though the industry hasn’t officially launched yet.  PCWorld takes a look at how VR is impacts the IP in PC platforms.

DARPA has issued a new Grand Challenge for technology that works collaboratively rather than competitively to make the best use of limited RF spectrum space.  The challenge issued at the International Wireless Communications Expo calls for technologists “to imbue radios with advanced machine-learning capabilities so they can collectively develop strategies that optimize use of the wireless spectrum”.