In this monthly video with Sean, I highlight embedded processors and future wearable sensors on the raceway to CPU heatsinks, Microsoft depth sensor chips, and Google Glass technology. 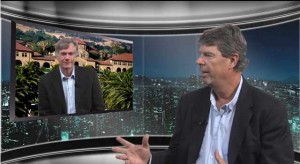 ChipEstimate.TV: John Blyler's travel adventures from Hot Chips and beyond

Sean: I heard you were at the Sonoma Indy race over the weekend. Wasn’t there a pit accident that sent one of the crew members flying into the air?

John: I was in the press room when the pit accident occurred. You should have heard the uproar from the other editors – conjecturing on motivations and the ultimate effect of the incident. I wish we could generate some of this same excitement at our Design Automation Conference (DAC). Maybe at next year’s DAC 2014 we need some kind of racing event – sans the accident.

This incident probably cost Scott Dixon a victory. Instead, Will Power won the race. Members of Power’s pit crew were the ones affected by or causing the accident – depending upon your point of view.

Sean: I’m glad that no one was seriously injured. But what does Indy racing have to do with EDA and IP?

John: Today’s high-end cars contain over 60 embedded processors. The Indy cars – especially when fully instrumented – have many more sensors and data-acquisition/telemetry components. Integration of all the hardware and software needed to make commercial and Indy cars perform correctly is no small task. It takes a lot of simulation, modeling, verification, and IP. [Shameless plug: I’ve just finished a Progress-in-Technology (PT) series book for the Society of Automotive Engineers (SAE) that deals with many of those issues. It will be available in November 2013.] 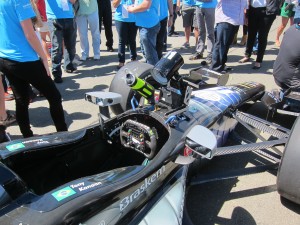 Figure 1: Indy cars like this one driven by Tony Kanaan (#11) have no shortage of semiconductor processors, chips, and sensors.

Who knows, maybe the pit accident wouldn’t have happened if the crews wore proximity sensors in their clothing. Semiconductor giants like Apple, Google, Samsung, and others are making a big push for wearable wireless accessories.

On final comment: I want to thank Mouser Electronics for helping me obtain a press pass for the Indy Race and for sponsoring the Hot Chips conference. This support has afforded them a great way to gain the attention of the semiconductor industry.

Sean: Let’s move on to the Hot Chips conference, which returned this year to the Stanford campus. Hot Chips is a symposium on high-performance processors. Last year, you talked about transistor variability, FinFet structures, femto cells, the decline of silicon IPOs, Wright’s vs. Moore’s Law, and more. (Wright’s is a more expansive trend of technology evolution.) What was new this year?

John: As you noted, Hot Chips is really about processors – from graphic processing units (GPUs) and accelerators to multicores and traditional “big iron.” This year was no different, but there was an expansion to cover more consumer applications. Here are just a few highlights: 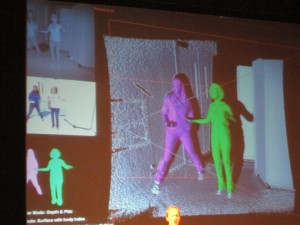 Sean: Thanks again for your monthly update on what’s new in the world of semiconductors and IP.

John: My pleasure – thanks!