The rise of the social, mobile Alpha-Influencers segment opens new horizons for the game-related technology and content-services industries.

Who will service this growing market segment in terms of technology and content? The “content” lines between these two industries are becoming blurred. Chip and embedded-board companies now offer inexpensive mobile games and social-media communities, following the lead of traditional consumer game-console giants like Microsoft, Nintendo, Sega, Sony, and others. How can media and electronic companies work together to satisfy the attention and ravenous online appetites of Alpha Influencers?

Technology’s relentless march to the drumbeat of Moore’s Law means gaming systems of all kinds have gotten faster, better, and cheaper. Ever-increasing processor power in shrinking form factors has opened the flood gates on new technology platforms—especially in the mobile space.

These changes—combined with the rise of the social-media phenomenon—have resulted in three key gaming segments, explains Peer Schneider, SVP of content & publisher, IGN Entertainment. (This online media and game-services site has roots in the electronic-design-automation [EDA] and semiconductor world. Originally co-founded by Ken Keller, who also co-founded Cadence Design Systems, the company has grown through acquisitions into one of the premier sites for gaming and entertainment enthusiasts.)

In a recent study, IGN.com confirmed the major changes that are taking place in the gaming world. Smart phones—mainly the iPhone and Android platforms—have emerged as dominant players in the mobile-gaming space. Furthermore, almost half of all gamers now play games on smart phones or tablets. This translates into considerable social-media influence and potentially huge revenues for game-related companies.

Figure 1: Investment dollars are favoring the “online-mobile” world for both hardcore and casual gamers.

How big is this market? An annual report by game investment advisor Digi-Capital states that the game industry had a record year of $2 billion (growing 160%) for investments and acquisitions in 2011. The social, mobile, massively multiplayer online and middleware sectors led the industry, according to Tim Merel, managing director at Digi-Capital and author of the report (see Figure 1).

The emergence—and, in some cases, merging—of social media and mobile devices has forever changed the dynamics of the game-playing community. According to the IGN study, the three most influential gaming segments consist of Alpha Influencers, Social Mainstreamers, and traditional core groups (see Figure 2). Engineers and other technology professionals won’t have to “cross a chasm” to note a striking similarity between these three gaming segments and the innovation adoption lifecycle.

The Alpha Influencers are the early technology adopters. Highly active on the social network, they share their real or imagined expertise on all things related to technology. They tend to be the highest wage earners of all three segments and married with children. 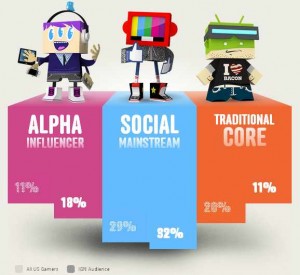 Figure 2: This image depicts the gaming segments in 2011. (Courtesy of IGN.com)

The Social Mainstreamers are by far the largest group, representing the mass-market gamers. To them, gaming is but one of their many online activities, which include listening to music and watching movies. Mainstreamers are very social and active on Facebook and Twitter. Unlike Alpha Influencers, this group isn’t the first to pick up new technology trends. But their critical mass decides whether the trend will go mainstream.

While the last segment may be somewhat smaller in size, it will never disappear. The traditional core gamer is very brand-centric. Once a brand earns the core gamer’s support, that gamer remains loyal for a lifetime. This group is more insular than the other segments, preferring the company of fellow core gamers rather than the other, more socially inclined groups. These players are slower to adopt new social-media services like Facebook and Twitter. Instead, they prefer Internet forums like NeoGAF (formerly named the Gaming Age Forums).

For many game developers and content-service providers, the main challenge is how to keep the traditional brand-centric core happy while wooing the growing population of social-media-adept and mobile consumers. This isn’t a trivial issue, as solving it will decide the winners in a large and booming market.

Schneider explains that this challenge has taken a new turn with the emergence of Alpha Influencers as major players. “For example, the way we cover games for the console and PC platforms won’t work for an iOS audience, because they go to the Apple Apps store to download games. They don’t go online to seek games or related content.”

This exemplifies the problem with the new mobile game player. Unlike the traditional core gamer, few Alpha Influencer (early-adopter) gamers go online to seek walk-throughs to overcome different portions of a game or even to read helpful reviews. Those reactions don’t yet seem to be part of their mobile-gaming experience. Content providers will have to find other ways to reach this emerging segment. At the same time, they’ll have to maintain traditional communication modes with mainstream and core gamers.

Further complicating the challenge wrought by the emerging game market segmentation is the rise of mega-franchises, notes Schneider. “Mega-franchise games are now so huge that people search for them on Google rather than on actual platform sites.” Consider Activision’s latest update to the “Call-of-Duty” franchise, Modern Warfare 3. It sold more than 6.5 million copies in the first 24 hours after its release. Total sales for the Call-of-Duty series now exceed the box-office sales for the Star Wars and Lord of the Rings film series, notes an Activision spokesman.

How does a gamer destination site like IGN.com maintain its core following while expanding into the mobile-online game segment and mega-franchises? This is a question that all content providers are wrestling with—namely, how to provide the right content to the right audience on the right type of device. What is the correct balance of niche-to-general coverage? How will the different devices—ranging from mobile smart phones, tablets, and gaming handsets to desktops, TV-game consoles, and others—dictate the type and amount of content to display?

Chip Sites Get in the Game

The stellar growth potential of the gaming industry hasn’t been lost on the electronic ecosystem—from chip and board companies to consumer consoles. A quick look at the upcoming Game Developers conference offers a glimpse of the increased hardware and software tools aimed at game development.

On the hardware side, chip companies are offering ever-faster processors, graphic engines, and sensor platforms for both mobile devices and consoles (e.g., Intel, AMD, ARM, Imagination Technologies, nVidia, ATI, IBM, Freescale, and others). These hardware offerings also include a software-development environment to help game designers optimize to and prototype on given hardware architectures.

To address the inherent tradeoffs between performance and power consumption between mobile and console devices, most hardware vendors highlight the scalability of their chip sets. Scalability is one way to shield the game developer from the challenges of migrating between different hardware platforms (including the cloud-based systems favored by many mobile devices).

In addition to new hardware offerings, chip companies continue to move into the software space. Hardware providers are creating their own “apps” stores, which are tailored to their unique platforms. Last year, Intel announced its “Appup” store, which included mobile and PC game applications. Graphic hardware giant nVidia’s TegraZone offers inexpensive mobile games that are optimized for Tegra-powered devices, including Android-based tablets and smart phones (see Figure 4). In addition, gamer sites like Ign.com might team up with semiconductor-chip-company sites to target content to social-media and mobile-gaming enthusiasts in the Alpha-Influencer player segment.

Even software-centric, game-console companies like Microsoft see the convergence of game application and hardware systems. During a recent presentation at DesignCon, Ilan Spillinger, VP for hardware and technology within Microsoft’s Interactive Entertainment Business, acknowledged the shift toward more pervasive displays (graphics), cloud computing, and the integration of more sensors as key gaming trends.

The social-media and mobile-gaming movements have certainly left their marks on the traditional game-console market. Electronic companies must provide ever-faster mobile and server-based platforms to satisfy the needs of this growing market. Online-media and game-services companies also must adapt by offering customized content that is targeted to each audience segment on a myriad of display and device options—ranging from smart phones and tablets to PCs and consoles.

The lines are blurring between who provides content to whom and in what fashion. Electronic companies continue to move into the social-media and gaming worlds, while media providers are targeting content for every imaginable electronic device. To the gaming consumer, however, these blurring lines are irrelevant. The only thing that matters is the quality of their online experience.

* Your opinion is important. Please leave a comment at the end of the Blog. Thanks!