Will this be a 5 year mission of electronic discovery to yet again change science fiction into science reality? What makes this competition unique, especially to chip designers? The answer to these questions lies – as always – in the design requirements. Here’s the official text from the Qualcomm Tricorder X-Prize site:

“As envisioned for this competition, the (tricorder) device will be a tool capable of capturing key health metrics and diagnosing a set of 15 diseases. Metrics for health could include such elements as blood pressure, respiratory rate, and temperature. Ultimately, this tool will collect large volumes of data from ongoing measurement of health states through a combination of wireless sensors, imaging technologies, and portable, non-invasive laboratory replacements.”

“Given that each team will take its own approach to design and functionality, the device’s physical appearance and functionality may vary immensely from team to team. Indeed, the only stated limit on form is that the mass of its components together must be no greater than five pounds. …”

Like most mission statements or concept of operations (ConOp) documents, this one is a jumble of requirements, functions and favored solutions. But key to the tricorder design is that the mass of the components must be no greater than five pounds. Assuming that the battery is one of the components, then the weight restriction will force a critical balance between energy (battery) and functionality (electronics) densities. In other words, it will be like designing a smart phone, albeit with more exotic sensors and very high bandwidth radios. [Interesting side note: “Ultrawideband Technology could produce Real-Life Tricorders”]

Most participants for the competition will use today’s smart phone-tablet devices as the starting platform for a tricorder design. The trick will be to integrate the required medical functionality within a 5 lb device. Most of the medical functionality already exists, but in much heavier and larger structures (see Wikipedia).

Meeting the 5 lb (2.2kg) requirement will mean packing as much functionality into as few chips as possible to create a true laboratory-on-a-chip. Achieving such functional density will require intensive integration of semiconductor IP. Modeling the power usage – a function of battery size/weight – will require many runs on estimation tools, such as those from Chipestimate.com. Selecting and integrating the right mix of IP will be needed to create the laboratory System-on-chip (L-Soc).

As important as creating this miniaturized laboratory will be, it still must be packaged on a board with other components. This will require power estimation and thermal analysis extended to the board level. The design of the user interface will also be important, since one of the criteria for success of the tricorder will be an evaluation of the consumer experience.

The winner of the Tricorder X-Prize will need to think beyond mere chip design to consider the entire system. Such a goal will require the expertise of Star Trek’s Spock, Scotty and McCoy – symbolically linking the tri-disciplines of science, engineering and medicine. Now that is a bold goal to achieve. 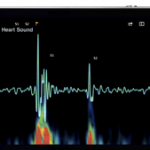 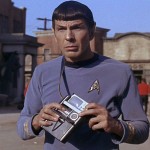 Science officer “Spock” using his tricorder during an episode of the TV series Star Trek. 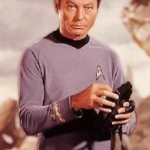 Medical officer “Bones” McCoy with his medical tricorder from the TV-Series, Star Trek.

One Response to Star Trek Tricorder will create Laboratory SoC