Three’s a Crowd in the IP Game

EDA companies must create or acquire IP design-verification cores and subsystems to survive. The ever present danger of such a strategy is the unintended competition with existing customers. 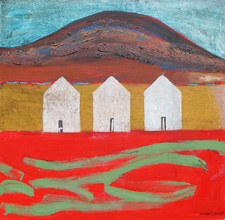 During the breaks between presentations, several “hallway” discussions grabbed my attention. One was the IP challenge faced by Synopsys since its acquisition of Virage Logic. The problem was anticipated early on, as Virage Logic had purchased processor IP company ARC several years before the Synopsys acquisition. ARC is a direct competitor with ARM. Rumors are that relationships between both Synopsys and process IP giant ARM have been stressed. Three is a crowd, which means that the competitor not being acquired is left out of a closer relationship and tighter integration with the acquiring company (like Synopsys).

Another related example is Synplicity’s acquisition of embedded board provider Hardi, which must have had a detrimental affect on the relationship between Synplicity and  Dini, one of Hardi’s direct competitors.

I’ve often wondered if one of the reasons that Synopsys acquired so many Electronic-System Level (ESL) development companies all at once was to avoid the problems of competing with their customers. In the course of a few short years, Synopsys cornered the ESL market with the purchase of Virtio (virtual prototyping for software development), VaST (subsystem models), and CoWare (hardware-software co-verification).

Of course, there are many aspects to these acquisitions besides IP. Another reason to pursue IP acquisitions is to gain a new and expanded customer base, which was certainly a factor in Synopsys ESL purchases.

None of the other big EDA companies are immune to the challenges of alienating some portions of their existing customer base with the acquisition of another company. Indeed, at one time Cadence boasted of having no IP offerings that might compete with their customers. That situation changed with the acquisition of memory IP start-up Denali. Mentor faces similar dilemmas.

As with any business transaction, the pluses need to outweigh the minuses, if not in the near-future then in the longer timeframe. We will have to wait and see how Synopsys fares in the processor IP business.