To USB or Not to USB

Literally, companies (like car companies) replaced thousands of autoworkers with robots. This put many manual laborers out of jobs. It created a shed load of jobs building and maintaining robots. This includes software programmers. After all, once built, a robot still needs to be put in place, calibrated, and maintained so it does it’s one (or many) car assembly jobs really, really well.

As much as profitability is about execution and efficiency, it’s very much more about creating value. Companies that focus on creating value, real value, will grow. Companies solely focused on cost alone will not grow. They just don’t. To cost to buying (or building) non-differentiating IP has killed many companies (which I will not name here). This is due to the additional cost of buying/building the cheaper IP.

The Make vs. Buy decision is different for big companies and the small companies.

Big Companies should outsource IP if they can get their smartest people to build things of higher value. It doesn’t make sense to have their best engineers, engineer USB because USB is hard, and it’s hard enough that you really need great engineers to make it work well will billions of devices and cables and software.

Small companies may have the talent, but can’t afford, or shouldn’t take the risk on a standard like USB. USB is hard and is specialized and takes a big investment to make it work right. Their engineers

So it becomes a mystery to me why a company would ever NOT buy IP, especially a digital controller that has been used many times, and is available immediately.
My view is it comes down to 3 factors:
1 ) Save Cash – The money being spent is post tax, R&D money. That money can be spent on employees and they can be employed longer
2 ) Emotional – Keep subordinates employed because, well, you like your friends to have jobs because they are your friends and have families to feed
3 ) Empire building – I needs lots of people to work for me to I need my empire of engineers. It’s mine.
4 ) Trust – I only trust what I understand, so I need to build it. I don’t trust IP I didn’t build
5 ) Performance – A variation of trust, there is some optimization I do that makes it faster or better of 0.5% more efficient. (Which I guess is a lot over a gizzilion chips sometimes)
6 ) Core Competency – This is a differentiating feature that I need to to control and manage. Since this is Interface IP, this is not the case. Usually this is related to one of the items above.
7 ) Specialization – I need this specific feature. Our designs depend on it (software or hardware or it’s just special). This is related to the performance thing sort of, but it may or may not be the performance thing.
8 ) Cost – I really can build this cheaper even after all my costs are accounted for.

I feel okay publishing the answers to this so it comes down to this. A buy decision happens, if the decision maker (VP usually or above) or understands that IP is valuable because
1 ) It is generally purchased for a fraction of the price of development
2 ) It is non-differentiating (like USB or PCIe or DDR)
3 ) Engineers can be allocated elsewhere to more value-added activities
New decisions makers have a hard time with this because they are new. They under-esetimate the complexity of USB based on how easy it is to use. The simplicity of USB to the consumer masks the complexity to the engineer.

It always comes down to where the engineers in the company can better spend their time building value added products. If the organization is not able to justify the engineers spending time elsewhere because there are better things to do, the company.  Companies that buy IP, find a way to execute and use their engineers to build something better. Companies that build their own IP or buy the cheapest IP fail or struggle because they make a series of decisions based only on cost.

And there’s this video which made me laugh out loud.  I can’t find the real source to this video. 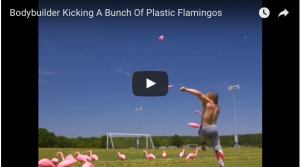 Job Jokes
Reaching the end of a job interview, the Human Resources Officer asks a young engineer fresh out of the Massachusetts Institute of Technology, “And what starting salary are you looking for?” The engineer replies, “In the region of $425,000 a year, depending on the benefits package.” The interviewer inquires, “Well, what would you say to a package of five weeks vacation, 14 paid holidays, full medical and dental, company matching retirement fund to 50% of salary, and a company car leased every two years, say, a red Corvette?” The engineer sits up straight and says, “Wow! Are you kidding?” The interviewer replies, “Yeah, but you started it.” –

Eric started working on USB in 1995, starting with the world’s first BIOS that supported USB Keyboards and Mice while at Award Software. After a departure into embedded systems software for real-time operating systems, he returned to USB IP cores and software at inSilicon, one of the leading suppliers of USB IP. In 2002, inSilicon was acquired by Synopsys and he’s been here since. He also served as Chairman of the USB On-The-Go Working Group for the USB Implementers Forum from 2004-2006.

Michael (Mick) Posner joined Synopsys in 1994 and is currently Director of Product Marketing for Synopsys’ DesignWare USB Solutions. Previously, he was the Director of Product Marketing for Physical (FPGA-based) Prototyping and has held various product marketing, technical marketing manager and application consultant positions at Synopsys. He holds a Bachelor Degree in Electronic and Computer Engineering from the University of Brighton, England.

View all posts by Eric Huang

Eric started working on USB in 1995, starting with the world’s first BIOS that supported USB Keyboards and Mice while at Award Software. After a departure into embedded systems software for real-time operating systems, he returned to USB IP cores and software at inSilicon, one of the leading suppliers of USB IP. In 2002, inSilicon was acquired by Synopsys and he’s been here since. He also served as Chairman of the USB On-The-Go Working Group for the USB Implementers Forum from 2004-2006. Eric received an M.B.A. from Santa Clara University and an M.S. in Engineering from University of California Irvine, and a B.S. in Engineering from the University of Minnesota. and is a licensed Professional Engineer in Civil Engineering in the State of California