We must treat the disease of racism. This means we must understand the disease.  —Sargent Shriver

[Stay with me, this quote becomes relevant…] 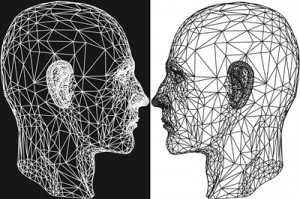 As I mentioned in my previous post, I attended a Distinguished Speaker event at Cadence, featuring Chris Rowen, CEO of Cognite Ventures, and formerly of Cadence. He was speaking about “Vision, Innovation, and the Deep Learning Explosion”. The two salient points that I took away from the talk were: 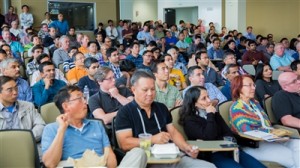 How Can a Robot be Racist?

Racism is a charged word, I know, but hear me out. Chris pointed out that when it comes to security issues and surveillance, there are four weak points of security:

The latter two are the most concerning. Machinelearningdeeplearning systems are notoriously fragile. Whether intentionally or inadvertently, it is very easy to inject a bias into the training of the system, whether you’re looking for cats or intruders (and this is how those Google Deep Dream images that we have all seen in the last few years feature reptile cats peeking through clouds).

You must be incredibly careful not to inject any kind of bias into the source images, or you end up with a system that may, for example, target people of a particular ethnic background as “possible intruders”. It’s not that far from building a completely objective identifier to building a “racist” one.

So here’s the thing. Perhaps you heard about Tay, Microsoft’s experimental Twitter chat-bot, and how within a day it became so offensive that Microsoft had to shut it down and never speak of it again? As the linked article says, making a non-racist classifier is only a little bit harder than making a racist classifier. Rob Speer, Chief Science Officer at Luminoso and author of this article, goes into a lot of the coding specifics of how Tay got to be so horribly offensive.

You don’t need to understand the Python and Tensorflow to understand the article, though; what it boils down to is this [the TL;DR version]: when making a “sentiment processor” in a natural language processor (NLP) using machinelearningdeeplearning, you can create a system that classifies statements as positive or negative. And when you break down anything into +/-, 1/0, or black and white—especially something as complicated as race, gender, ethnicity, or even language in general—you’re gonna come up with a system of institutional bias. It’s impossible to do this without building your own prejudices into it. (And that says something about the inevitability of the systemic racism that persists across generations.)

Before you can fix racism, you must understand how it got there in the first place. Once you understand why, only then you can then address the problem of fixing it. Same with fragile learning systems: we must be very careful about how we train these systems. Where is the bias, and how can we avoid introducing it into the system? 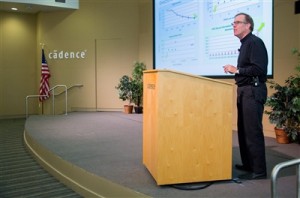 Institutional racism is difficult enough to address; we must ensure that it doesn’t become part of our technological bias, as well. Chris Rowen talked about the importance of making the right decisions now, as the industry warms up, especially in the areas of the safety, privacy, and security limitations we need to impose on these visual systems, especially those systems connected to the cloud. These are the systems that, if hacked, can go completely awry.

P.S. Stay tuned for some more posts about racism, sexism, and technology…

View all posts by Meera Collier

For most of Meera's career, she has been a tech writer, producing content for a half-dozen different industries, including EDA. Starting her career in manufacturing, she wrote maintenance manuals for wafer manufacturing equipment; later, for high-precision lasers. From there, Meera spent three years at Altera in the mid-00s, writing and editing software user's guides. Along with every other tech writer in the valley in late 2008, she then took a break from high-tech, returning to Silicon Valley in 2012, this time re-focused to write about mobile and networking software. Three years of this, followed by a couple of years of contracting (most notably at HPE’s Data Security group), she is back here in the EDA biz, trying like heck to remember everything she forgot since 2008, and researching like mad to catch up again.