Like Buck Rogers, Tesla’s dream of wireless power has awakened to a greatly changed world where innovation is hampered by IP litigation. But hope remains.

It was a time of engineering giants. Men like Edison and Tesla – to name only a few – strode across the early 20th century landscape bringing technological changes that would forever alter our world.

It was the stuff of legends. Indeed, some of the inventions of these daring minds found their way into science fiction stories. Consider the use of wireless power technology as a weapon in the 1928 adventure classic, “Buck Rogers.” 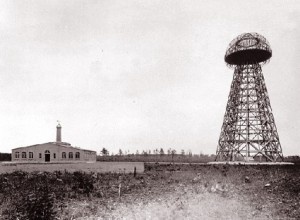 Transmitting power – not just data – via the airwaves was the hallmark of physicist and engineer, Nicolas Tesla. His forgotten lab at Wardenclyffe, NY, has been rediscovered. This lab was the prototype for a massive device that would transmit wireless power around the globle – essentially turning the earth into a giant magneto (see Figure). In a few days, on November 5th, 2011, the Wardenclyffe site will again come alive. (see, “Tesla’s Lost Lab Recalls Promise Of Wireless Power”)

In comparison with the inventions of the early 20th century, the engineering feats of the early 21st century seem diminutive, no where near as grandeur. Instead of just a handful of inventors, today’s technology requires a team of engineering experts and business visionaries. Instead of large electro-mechanical devices, our technology focuses on the smallest of systems with transistors the size of atoms and mechanical mechanisms the size of molecules.

Another difference with innovation in the 21st century is the business of inventions, namely, in the protection of intellectual property. Today’s inventions are attended by a small army of lawyers. In press releases, it is a common practice to announce that such-and-such a team lead by a recognized expert is “actively developing the core technology and additional intellectual property …” that will lead to a viable commercial product. The emphasis is no longer on innovation but on amassing a huge portfolio of IP to ward off patent trolls.

Consider the IP that have grown up – albeit a century later – around Tesla’s original patent for wireless power. Companies like Powercast and WiTricity Corp. – an MIT spin-off – both advocate the quality and quantity of their IP in wireless power or, as it is known today, RF energy harvesters.

Not surprisingly, the standards body for this technology follows a different IP approach. The Wireless Power Consortium (WPC), developers of the Qi standards, provides a royalty-free patent license for key technology implementations – such as for low power receivers. WPC members are forbidden from charging royalties for patents that are essential for implementing low power receivers. Further – and in unexpected detail – the consortium licensing stipulates that the technology must provide a power level of under 5 w for the wireless power transmitter and a royalty-free timeframe of 2014. The licensing scheme will continue after 2014 only if the market has, “reached a total installed base of 50 Million receivers.”

Another IP licensing approach for RF energy harvesting is offered by the imec/Holst collaboration.   This Belgium-based research and development group follows a variation of the “open innovation” approach for IP, which grants flexible use of the technology for all members. As a technology differentiator, ongoing efforts are focused on the simultaneous reception of both wireless energy and data.

It seems like today’s inventors are unnecessarily burdened by patent issues compared to a century ago. Still, innovation mores forward, although perhaps at a slow pace.

What has happened to Tesla’s grand vision for global wireless power? Has it also been diminutivized by today’s business and legal realities? This is partially correct. On the other hand and from a purely technological standpoint, the diminutive nature of today’s invention may help Tesla’s wireless power technology to be finally realized. Not among the population centers of the world, but rather among the equally large quantity of wireless sensors. These massive and prolific sensor networks won’t scale out cost-wise if they rely on batteries to power their electronics. This makes wireless sensor networks ideal candidates for wireless power.

Like Buck Rogers, wireless power technology has re-awakened in a world greatly changed from its origins. Today, innovation is more protected and more hampered by IP litigation and business motivated patent trolls. But Tesla’s original dream of wireless power may now be realized by sensors, instead of people. 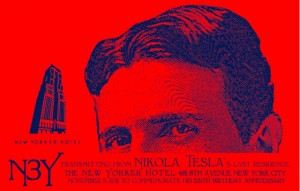