Robbing Engineers of their Innocence

The discussion continues on the need for more well-rounded engineers.

I agree with Monaco that appreciating the depth of human behavior and with Francis that working outside of the business (one’s comfort zone) are key requirements for engineers to develop a healthy emotional IQ.

In my IEEE quote, I was thinking of emotion IQ in terms of social interaction with non-engineers and via today’s social media vehicles. But I’ve long believed that the more traditional issues to which you refer remain a skill-set absent in most engineers. 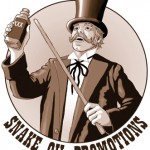 A very successful business friend and engineer of mine once recommended that engineers hold the sales bag at some point in their careers. What better way to appreciate the vagrancies of human nature than to work in sales – even for a short period of time?

One of my favorite authors, Samuel C. Florman, put it another way. He cautioned that the study of the liberal arts – a prerequisite for understanding human nature – will rob the engineer of his innocence. In turn, that loss would also make him less naïve about his fellow human beings (see below).

“… Today a student of the humanities is exposed to the feverish realities of life as well as to it’s exalted ideas.”

“The engineer already knows a lot about restraint and cooperation. He is a logical, sober, and well-meaning, a very good citizen. I submit that study of the liberal arts will rob him of his innocence, stain his character, make him less “moral” – or, at least, less naïve. And this is exactly what the engineer needs. In all of his thinking, henceforth, he will have to take into account the imperfections and the absurdities of his fellow human beings.”

“Then, subtle and worldly-wise, he will sally forth, rising through the Establishment to positions of power never held by him before. At the same time, the born leaders among our youth, seeing that engineers are no longer docile technicians, and recognizing that technology is the key to survival for civilization, will turn to engineering as a profession, away from law, politics and finance. Engineering will be “where the action is.” Engineers will become leaders, leaders will become engineers, and the world will have a better chance of avoiding disaster.” — Conscience, Error and Responsibility, pgs. 39-40, “The Existential Pleasures of Engineering,” by Samuel C. Florman

Engineering – where the action is! That’s what piqued my interest in the profession when I was younger. How about you?