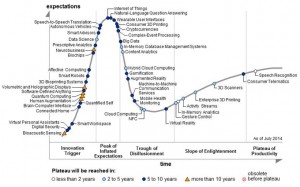 Energy harvesting technology has long been talked about but only recently has progress been seen in actual implementations. The problem is that the output of energy harvesting devices is proportional to the mass of the generating object, i.e., larger masses provide greater harvestable output (see Figure 2).  This mass and corresponding size constraint coupled with the low efficiency of today’s nascent harvesting devices explains why such technology is still in its infancy. The exception is for human or machined-powered electromechanical systems. 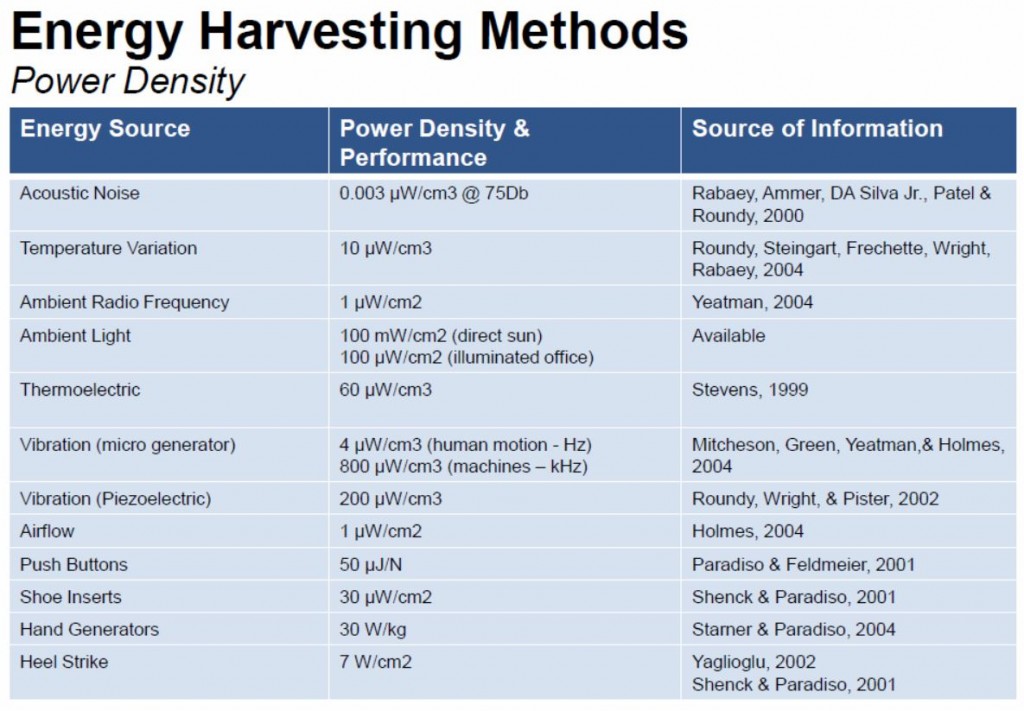 The most common implementation of energy harvesting techniques are found in electromechanical systems that scavenge energy from vibrational movement. Enough energy can be harvested from these systems to power many of today’s mobile devices. How much energy can theoretically be harvested, i.e., what is the upper limit?

Let’s formalize what has so far been generalized. Well-established research calculates that “the power dissipated by a linear single degree of freedom oscillator subject to white noise acceleration depends only on the mass of the system and the spectrum of the input (1).”

The resulting power represents the upper bound on the harvested power and is given by:

where S0 is the spectrum of the base acceleration and M is the mass of the oscillator. If general assumptions are made about the auto-correlation function of the white noise, then the more commonly seen equation for the upward limit of energy harvesting power is:

In either case, the power harvested is directly proportion to the mass or (for earthbound considerations), the weight. That is why larger scale systems such as harvesters in shoes have been popular (2) For example, stepping in your shoes can theoretically produce energy harvested between 7- 67W. However, in practice, the scavenged energy is about 10% of the upper limit or around 1W.

This available energy disparity reflects one of the problems with the current state of energy harvesters, namely, their lack of efficient power generation. That is why many start-ups in the energy harvesting space are focused on power efficiency – a board term that covers a multitude of areas from low voltage, non-periodic power conversion circuitry to storage and transmission. For example, many start-ups are focused on the material science part of the problem in the hopes of increasing energy transduction by over 50%.

Energy harvesting innovations should serve as a growth market for semiconductor and biological intellectual property (IP). Most the major EDA chip design companies offer a growing selection of analog and mixed signal conditioning IP that is critical to energy harvesting electronics.

Returning to the issue of low power IoT systems, energy harvesting technology and related intellectual property (IP) must be balanced with the total energy consumption of the sensor system (see Figure 3). A general engineering rule-of-thumb would suggest that the energy source must exceed energy needed by a factor of two. Further, the energy storage element must take into account intermittent energy input. Finally, the total energy consumption will include the harvester overhead, leakage and dynamic power fluctuations of the system.

This may seem like a silly question, but a related issue has emerged in another energy harvesting market, namely, that of wind technology. It is generally recognized that a landowner’s property right extends to the wind that blows across their land. However, wind developers often charge extra fees based on the quality of the wind, accessibility to the wind on the landowners property, etc. Might a similar lie ahead for shoe-based energy harvesters?