3 Reasons That the Semiconductor Clouds Are Gathering

With cloud technology going vertical, everything is changing. The world is connected like never before—managing and processing large amount of data, every single second. Augmented/Virtual Reality is the latest game changer, even in its early stage of development and proliferation. The gathering of semiconductor experts at CDNLive Israel confirmed these and other trends are impacting everything from IP to tools to business models. 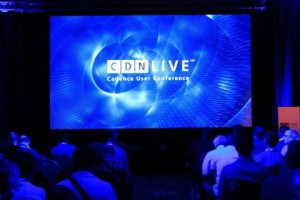 Interconnect in datacenters is moving from copper and electrons to fiber and photons. The amount and nature of data has changed – people are moving tons of heavyweight material like HD videos and uncompressed sound, making datacenter engineers scramble to find solutions that are cost- and performance effective. All of this was covered by Cadence’s CEO, Lip-Bu Tan, in his opening keynote.

First reason: Today everything is connected to a cloud and its valuable data. Phones and watches are obvious, but really good examples. Their capabilities and user behavior constantly changes the way developers are building software. Because of that, cloud is going vertical. Infrastructure changes too – we came from traditional stack which contains middleware, OS and virtualization. Now we are using cloud native stack, which has micro services, open source components and containers. The hardware used for infrastructure was compute power, storage and network solutions. Now it’s energy-optimized CPUs, interfaces for memory, storage and networks and acceleration for apps, which comes in form of neural networks.

Second reason: Augmented/Virtual Reality is also a game changer. It’s still in an early stage of development, but it’s growing rapidly and has a chance to be a big market segment. Initial uptake could be sizeable, partially because some models of VR gear involve ultra-popular products—smartphones. Here is where things gets interesting—client communication has gone from wired and today it is almost entirely wireless. Smartphones are victims of users’ inconsistent needs – first we wanted smaller screens, now we need bigger ones. For example for VR/AR technologies, that could separate I/O from compute, making products like Microsoft HoloLens a must-buy not only for early adopters, but also the rest of hardcore technology fans.

The second keynote was presented by David Perlmutter—Managing Partner from Eucalyptus Growth Capital. David confirmed much of Lip-Bu’s assertions, adding that the era of a phone is coming to an end; and that the cloud is the source of innovation for the industry. Interestingly, the cost of a computing element is growing close to zero, enabling nearly everything to be connected. If we are not connected for even a second, we feel like we are losing something; like the world is moving without us, and fast. Quoting John Chambers from Cisco, who said that 40% of large companies will fail to make a transition to leverage the digital world and will be out of business in the following 10 years.

Third reason: We expect voice recognition from every device. We want it to learn, to communicate more intelligently. The term is deep learning and aside from a digital transition, it will take additional time for some companies to deeply understand the impact that these expectations will have on their designs and the lives of their consumers. Higher expectations also mean improvement on quality of life—that directly translates into Israel as a test ground for autonomous cars, which Cadence is going to spearhead in the months and years to follow.

But to achieve this and other ambitious goals, we—as an industry—have to come up with efficient solutions. During CDNLive, David Perlmutter talked about limitations of existing technologies. GPUs are power and memory hungry and they are inefficient at vision processing. CPUs are struggling with performance and they draw too much power. DSPs are inefficient to program, too complex for that purpose and they deliver the wrong type of performance. Furthermore, we have to face power and cooling challenges in storage centers. Google server rooms looks like giant coolers. We need new designs and features to overcome these current challenges.

View all posts by Steve Brown

Steve Brown is Director of Product Marketing, IP Group, at Cadence Design Systems. He has held senior marketing and engineering management positions at Cadence, Verisity, Synopsys, and Mentor Graphics. He specializes in creating product and marketing plans to enter markets and drive products to positions of market leadership. Steve earned BSEE and MSEE degrees from Oregon State University and certificates in leadership and marketing strategy at Stanford, Berkeley, Harvard, Kellogg, and Wharton.