Remember the Human Genome Project (HGP), which mapped our species DNA sequence of genes? Couldn’t this be considered as another form of intellectual property (IP), namely, of biological IP? That’s certainly the way major drug companies look at it.

In time, HGP-related biological IP might even be equivalent to semiconductor, transistor-based IP. Before that can happen, HGP researchers must decide the best way to model cell-based logic, i.e., as a digital or analog process. 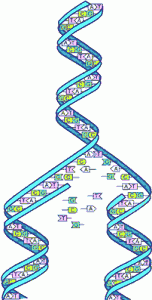 With the completion of the HGP project, two new fields of study have emerged: synthetic biology and system biology. Both disciplines are based, in part, on the idea that sequences of the chemical reactions that lead to protein production in cells are a lot like electronic circuits. For example, if a chemical is present in one reaction, it leads to a certain outcome. If the chemical is absent, a different outcome occurs. One might be tempted to model this process in a binary fashion.

Unfortunately for the digitally inclined researchers, these outcomes are more variable than binary. It has proven inaccurate to model these chemical reactions as a binary process. But developing an accurate analog model has been challenging. Who would have guessed that modeling analog effects with binary logic (1s and 0s) would be so hard? O, that’s right – the EDA and semiconductor industries!

Why even try to model chemical reactions with binary logic? Rahul Sarpeshkar, an associate professor of electrical engineering in the MIT’s Research Laboratory of Electronics (RLE), provides this reason: “If you think about it, what is electronics?” Sarpeshkar says. “It’s the motion of electrons. What is chemistry? Chemistry is about electrons moving from one atom or molecule to another atom or molecule. They must be deeply connected: They’re both about the electrons.”

Someday soon, Sarpeshkar and his colleagues may succeed in developing a robust model of cell-based chemical reactions that mimick transistor-based electronics. Then, IP may be translatable from silicon-based to carbon-based system, which might lead to a truly biological computer.

When that happens, which camp will own the IP? The semiconductor industry or the biological-medical conglomerates? Maybe this will lead to a new patent war, this one with cyborgs! 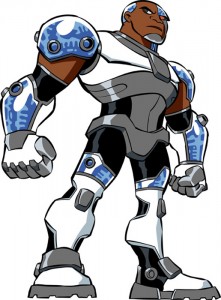